Benjamin and John Show and Tell

Thanks to Benjamin and John for bringing in such interesting treasures to share with us.

Benjamin had a sparkly stone that he had bought in Thames. He also had a special "Top Secret" pen that wrote invisible messages. Only when you shone a magic light from the pen, could you actually see the writing! Then he showed us his flash new toy car. 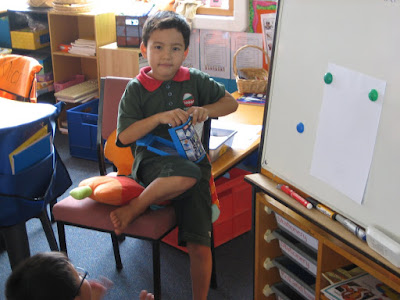 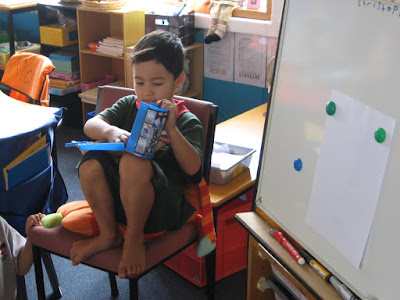 When it was John's turn, he eagerly brought out a very special trophy that he had won at soccer for being an outstanding player.  He also had a little headless plastic man to show and that made us all giggle! His last toy was a miniature Mustang car. 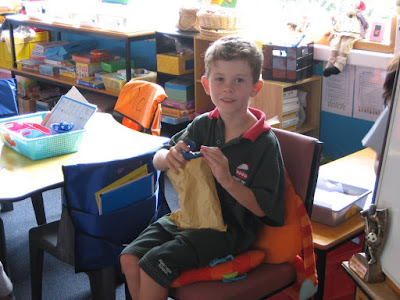 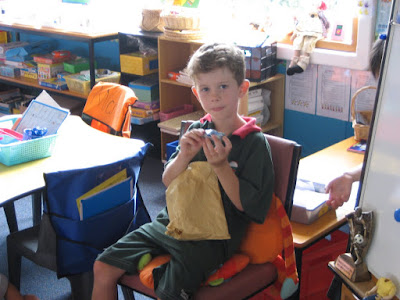